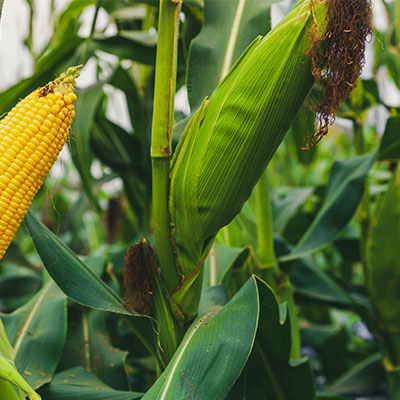 Porto Alegre, June 7, 2022 – The Brazilian second crop is escaping a more serious climate situation, despite the problems that have arisen between southern Mato Grosso and northern Minas Gerais. The harvest is starting in Mato Grosso and in June must expand to other regions of the country, with the harvest height in July. As soybeans are still crowding warehouses and growers are reluctant to sell soybeans, the second corn crop that is coming up at record levels requires space in logistics. Harvest, drying and transportation is the flow from now on.

Exports will offer an alternative flow for the Brazilian supply, however, more than 80 million tons will be reaped in the next three months against exports of 10 million tons for the period. There is a need for space and, at this point, the domestic market will try to bring prices to lower levels in view of the pressure coming from growers, either for space or cash. If exports are at an excellent pace, as expected, after the end of the harvest there will be room for price recovery. Without a new fact, the price curve of this second crop remains bearish. We will have enough global demand to sell the Brazilian second corn crop during the second half of the year, without a doubt, but not at the speed expected by growers. At the same time, we have Paraguay with a record second corn crop and focused on large sales to Brazil.

The world economy was divided last week between data pointing to slower employment growth, formally, and the data released over the week. The loss of jobs in the technology sector helped create an environment in which the economic growth boom in the United States would be reversing. However, the week ended with exactly the opposite data, that is, the creation of new job vacancies rose to 390 thousand and suggests the maintenance of full employment in the country. The difficulties to control inflation now fall on full employment, that is, how to “sabotage” the economic recovery in the name of inflation control.

This discussion reveals that full employment is keeping wages ever higher, which ends up providing ballast to support high prices in both the services and food sectors. Therefore, the week’s sentiment varied from some optimism to more pessimism, that is, it reflects that the actions of the Fed (US central bank) may be far from being sufficient to control inflation. On June 15, there will be an increase of 0.5% in the prime rate, and it does not seem possible to assess that in the four following meetings this curve will be softened, i.e. corrections will remain at 0.5%.

The dollar even dropped considerably at the turn of the month, however, with the new data on job creation, it started to surge again, betting on faster actions from the Fed to control inflation. For the Brazilian real, the dollar’s external volatility helped to hold back expectations here. The dollar dropped below BRL 4.80 again and has the range of BRL 4.70 to 5.00 as a short-term operating point. Of course, Brazil still has a long way to go in the second half of the year, with effects that could be problematic for the movement of foreign capital in the country. So, the Brazilian political variable still has an important weight on this currency environment. For the time being, the Copom must raise the Selic rate by 0.5% on the 15th and announce the closing of the Brazilian interest rate curve, at least until further notice. The Brazilian advantage of attracting capital through interest rates is still very good. However, the second semester promises to change this trajectory with high external interest rates and stabilizing interest rates in Brazil, which could bring important changes to the forex market.