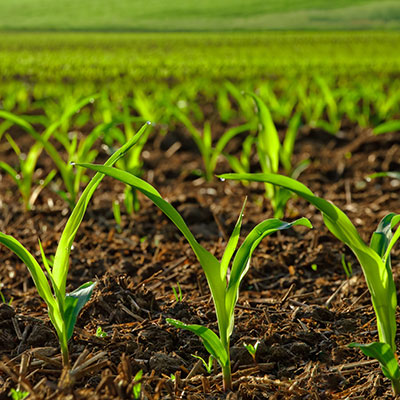 Porto Alegre, June 7, 2022 – The corn market on the Chicago Board of Trade (CBOT) is looking for some alignment of prices. All the time firm prices near USD 8.00/bushel at some point end up losing strength due to various market factors. The progress of the US planting and the good weather ahead will contribute to this decline, besides situations such as sales by US growers and the arrival of the Brazilian second crop to the market. To resume highs, prices would need something new, such as a weather problem in July in the United States or situations involving wheat and international demand.

The corn market reached very high prices in the first half of 2022, in an unprecedented way for the period, and without a major crop failure in the United States, a priority factor for corn highs on the CBOT. The levels of USD 8.20/8.30 a bushel were historic and only reached in the second half of 2012 in the face of the biggest crop losses ever registered in the country. In 2022, prices returned to these levels in the face of weather risks in South America, soaring wheat prices, and export difficulties on the part of Ukraine. Basically, the United States was left alone for most of the semester to meet the strong global demand for corn. In May, Argentina appeared with its crop and also exports, while Brazil still managed to get some volumes to meet part of the international demand. In general, it was not a second semester with shortages, but with high prices that controlled demand.

As in every year, the US crop is always the most expected and which cannot have serious problems to meet global exports. In 2022, this variable was more significant due to the situation in Ukraine, the strong rise in oil prices and additional demand for ethanol. Now, the US crop is being planted and reaching its final stretch, with 87% of the cultivated area until last week. Officially, the planting will go on until May 31, but there is nothing to prevent it from extending into June outside of the government programs. In 2021, 6% of the area was cultivated in the first week of June, and crop productivity set records. Thus, we must not imagine that the planting dates will be so incisive in defining the productivity of this 2022 US crop.

The fact is that the planting is closing within a good window, and if pollination occurs under good weather conditions in July, yield potentials could break records. Thus, some indicators are important ahead:

– The USDA June 10 report on supply and demand. Few changes are expected for this report. USDA does not change the area or productivity projected in this report for the new crop;

– Report on planted area on June 30. It is difficult to point out strong changes from the planting intentions surveyed in March. Maybe a little more soybeans and less corn due to the initial planting delay, nothing more. In any case, until the 30th, US private companies will bring price volatility with the release of their numbers;

– The weather indicated for July and August is comfortable for the US crop so far. If the pollination phase in July passes without major problems, it seems natural for the market to adjust prices in line with record yield levels;

– Ukraine has been replaced by crops from South and North America;

– China has already exchanged supplies from Ukraine to the United States ;

– Global demand continues in its normal variables and without new indicators. Expensive oil, reaching USD 117/barrel last week, is still a predominant variable, mainly in the corn ethanol segment. If there is any decline in oil prices, it is possible that it also happens in the ethanol chain.

– The entry of a record Brazilian second corn crop increases availability in the second half of the year in the international market and neutralizes the Ukraine effect;

– Interest rates and a strong dollar do not translate into a good combination for commodity prices in the international environment.

Among these sets of factors, the focus now is on the June 30 report for the planted area and then the weather in July on corn pollination and silking. These two indicators can still bring some bullish volatility to international prices in a structural way.