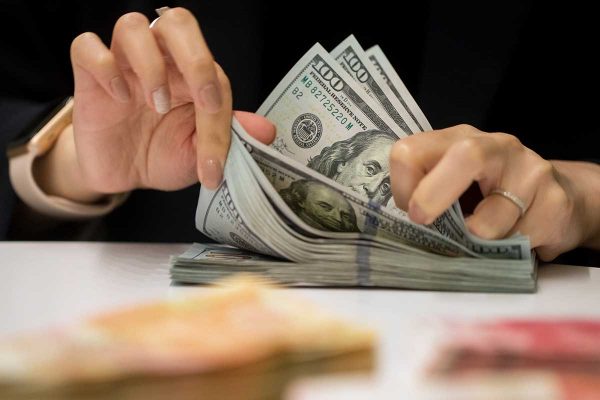 Too stretched, the dollar fell, accentuating the losses from the confirmation of a more moderate Fed. The FOMC meeting confirmed the market’s expectations of maintenance of the level of US interest rate highs at 0.75%. And with that, it drove away, at least for the time being, the speculation that the Fed could raise interest rates by 1.0%. The more moderate tone even allowed the market to cut some speculative fat, which justifies the fall in the dollar. And the very bad US GDP confirms this sentiment. The US economy shrank 0.9% in the second quarter of 2022, with the US entering a technical recession – two straight quarters of decline in activity. And such a weak GDP must reinforce the Fed’s softer stance at upcoming FOMC meetings.

Last week it was the ECB that raised interest rates for the first time in more than 10 years. And now it is the Fed’s turn. The problem is that rising interest rates boost the fears of a global recession. There is some encouragement, perhaps, with the investors’ growing narrative that very bad economic indicators must force the central banks of developed economies to start the cycle of cuts in interest rates in early 2023. In any case, the local exchange rate followed the external scenario, receiving additional support from rising commodity prices. The market digests Chinese stimuli and issues in Europe, which involve the grain corridor and Gazprom.

In general terms, the rise in interest rates and the brake on the global economy must continue to impact scenarios and the allocation of resources, so serving as a brake on the fall of the US currency. The risk premium in Brazil remains high, reflecting fiscal and political fears, which must serve as an additional barrier to a more significant devaluation of the dollar against the local currency.