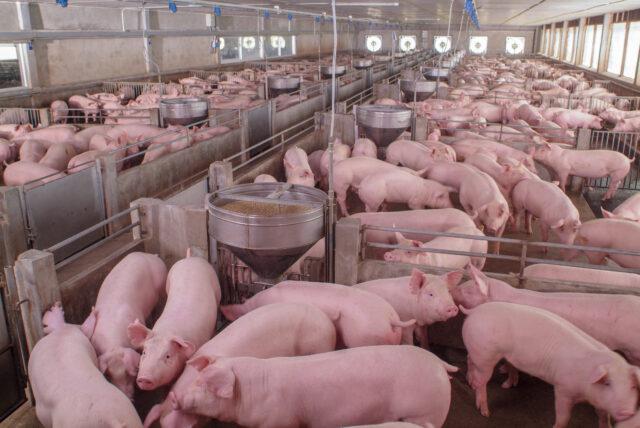 On the 12th, the US Department of Agriculture (USDA) released its global meat sector report and brought revisions for this year’s estimates of the supply and demand picture of pork and herds. As in previous reports, the market paid attention to the Chinese swine numbers. Pointing out that China is the largest producer, consumer and importer of pork in the global market and is capable of interfering in the dynamics of the sector.

In the pork supply scenario, the main highlight was the sharp reduction in the estimate of imports by China in 2022, now pointed at 2.1 million tons, against 3.5 million tons indicated in the April report. The cut is not surprising considering that government data already showed a reduction in imports for several months, reflecting the surplus of local supply.

As can be seen in the attached table, USDA pointed to an increase in production and a decrease in the pork demand in China (compared to the April estimates) which helps to explain the lower need to act in the global market. For Chinese production, USDA estimated 51.8 million tons, an increase of 9.05% compared to 2021, reflecting the strong advance in slaughtering. The 2022 slaughter of pigs was pointed at 660 million head, up from the 655 million head indicated in April and 600 million head in 2021.

For 2022 consumption, USDA is forecasting a 5% increase from last year, reaching 53.84 million tons, but a cut from the April estimate, when it had estimated 54.40 million tons. As for demand, the COVID-zero policy that is still ongoing in the country weighs negatively. China even signaled more easing in the restrictive measures in early July, but the emergence of new cases of the disease raised doubts about this process.

The estimate of the pig herd has not changed from the 40 million head indicated on January 1. The final herd of pigs this year was indicated at 442 million head, down 8 million from the one pointed out in April.

In general, the USDA numbers indicate that the Chinese market is still in process of adjustment. China is faced with a large supply, and the local government continues to adopt proactive measures aimed at a healthy price range without high volatility, a difficult task. Further on, Chinese government data will be exposed, also signaling a supplied market, and with that, there is little chance of the intensification of purchases in the global market by the Asian country. China will continue to buy, but it does not need to be aggressive, so the global business environment must remain fierce. Brazil is exporting between 20 and 30 thousand tons per month to China this year, and the expectation is that this range will be maintained.

On July 15, China’s statistics bureau reported that the country’s pork production reached 13.78 million tons in the second quarter of 2022, the highest production for that period since at least 2015. It is worth noting that, given the low prices and losses recorded from last year until May 2022, pig farmers accelerated sales and industries slaughtered more, including less productive matrices. From May to the present, the prices of the country’s pig chain showed a significant upward movement, with the expectation of market agents that the local supply will balance out over the next few months, which now results in positive margins even with high production costs. One point that stands out is that the Chinese government has acted on a recurring basis in the purchase of frozen meat for the state reserves and may put them in the market if prices inflate too much. High prices are already encouraging the sector to invest in production, so much so that the statistics bureau pointed out that at the end of June the Chinese swine herd had grown to 430.57 million head from 422.53 million head at the end of March.

Another piece of data released recently, but by the Ministry of Agriculture of China, is that at the end of June the country’s matrice herd reached 42.77 million head, up 2% from the 41.92 million reported at the end of May.