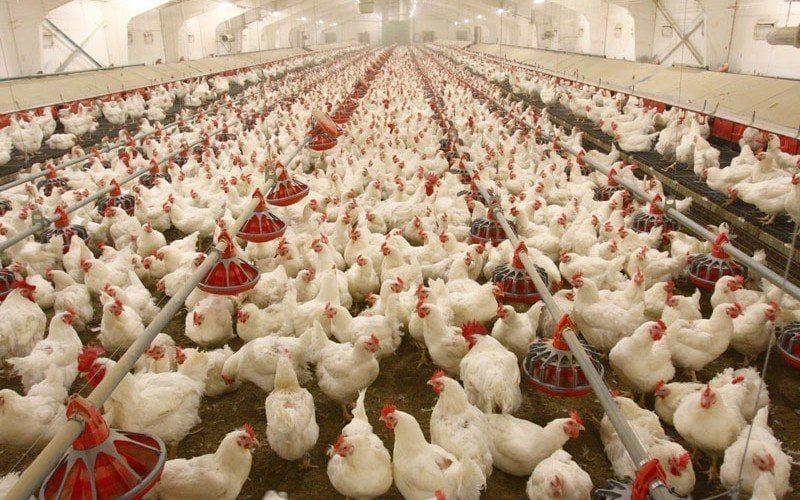 – Avian Influenza. The influenza outbreak spreads across the Northern Hemisphere, resulting in serious damage to chicken in the European Union, the United States and Asia. Brazil remains a disease-free territory, successfully meeting demand from the Middle East, Asia and Europe;

– Ukraine and Russia conflict. Ukraine emerged as a non-traditional exporter of chicken. With privileged logistics, it was able to serve Europe and Asia simultaneously. Production capacity is very far from Brazil’s, but the conflict has kept the country off from the global supply of commodities. Brazil receives priority from markets that until then had been consuming Ukrainian chicken.

Moreover, the possibility of currency devaluation during the second half of the year needs to be mentioned. The proximity of the presidential elections is an important element, which certainly tends to produce instabilities in the Brazilian market. The current picture points to the intensification of tensions between the three powers, especially between the executive and the judiciary.

Another relevant devaluation element is in the monetary policy that has been adopted in mature economies. The trend is for the maintenance of routine highs in the prime interest rate, especially by the Fed, raising interest rates in the main global economy. In addition, the European Union should also adopt a similar measure during the second half of the year. The expectation is that financial resources will come out from variable income and emerging economies and seek the security of fixed income in these economies. This is another element that should accentuate the process of devaluation of the currencies of emerging countries.

Besides emerging as a great supply option, Brazilian chicken will also have more competitive prices against the great international competitor in exports, the United States, since the appreciated dollar weakens US commodities in the export market. All these elements suggest that the country will have an expressive flow of shipments, possibly nearly 400 thousand tons per month.

According to SAFRAS & Mercado projections, the trend is for the country to export nearly 4.7 million tons of chicken in 2022. By way of comparison, in 2021 around 4.47 million tons were shipped, a number that can already be considered optimal in terms of volume of shipments. The estimated growth is 4.7% compared to last year. This performance needs to be celebrated, since advancing in a sector in which the country already has global leadership is not necessarily simple.

Regarding production, the trend is that in 2022 around 14.4 million tons of chicken will be produced, a decrease of approximately 2.2% from 2021. This shrinkage of the volume produced is a consequence of the lower housing of breeding chicks during the first semester, a movement necessary to adapt to the environment of cost pressure caused by the detachment of corn and soymeal prices in the domestic market. Even so, the volume produced is sufficient to maintain domestic consumption at satisfactory levels, maintaining an important pillar for the population’s food security.

In this environment, the internal availability picture points to a 5.2% shrinkage compared to last year. In any case, domestic demand will continue to focus on more accessible animal proteins, such as chicken and eggs, and fish in general in coastal cities. This situation is still a consequence of the slow advance of the GDP in the country, with a projection of economic growth of 1 to 1.5%. Basically, beef remains at a prohibitive level, forcing the migration to competing proteins.

The outlook for chicken in 2022 points to responsive demand, both internal and external. In this context, the expectation is that chicken prices will continue to rise. For next year, the expectation is for the maintenance of good export volumes. The sanitary scenario in the large producers in the Northern Hemisphere is not easy to solve. For the domestic environment, at least from an initial perspective, the trend is towards easing inflationary pressure, which theoretically is already an indication of prices at less pronounced levels in the meat sector.