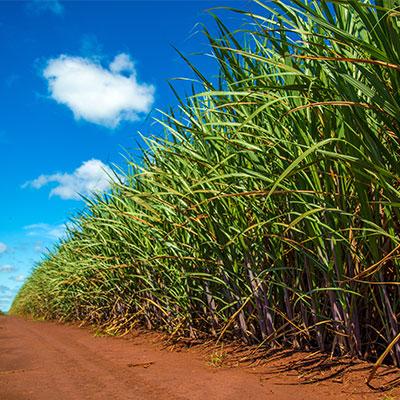 Porto Alegre, October 25th, 2021 – Despite the strong decline in the margin, the Gross Value of Production (GVP) of cane is still almost 2% higher than the values of the previous year. Margin declines were also seen in the total GVP of grain crops and the total GVP of agribusiness, but still with year-on-year gains. The most updated figures on the agricultural GVP in Brazil for sugarcane estimated for 2021, with values calculated for the month of September, point to the value of BRL 83.03 billion. This is 1.94% higher than last year’s cane GVP, updated to BRL 81.45 billion. SAFRAS & Mercado warns that the effects of the current crop (2021/22) losses are already directly impacting the cane GVP, with a strong decrease of BRL 2.83 billion in the transition from August to September, as until then the GVP was at BRL 85.41 billion. But the impacts do not stop at this point, as the advantage in the annual comparison between 2021 and 2020 had been reduced by more than half with the current data, going from +4.40% to +1.94%.

As the internal prices of the commodity were slightly higher in September, it was possible to observe that, considering the data for this period, the moderate high in prices did not compensate for the decline in volume, in a movement that had already been anticipated by SAFRAS & Mercado in this same space in previous issues. In the short term, we also warn that, given sharp highs in the physical market prices, of anhydrous and hydrated ethanol and sugar, especially crystal, the October GVP must bring a positive correction, partially neutralizing this loss in value of BRL 2.38 billion seen in September. Still, the drop observed in sugar prices in New York must prevent broader compensations in the movement expected for October.

In the same sense, the total GVP of agribusiness, including the meat industry, also showed declines, which fluctuated by 0.41% or BRL 3.08 billion. These decreases in the comparison of the margin, against the previous month in the total GVP of agribusiness, stem from the negative effects that other crops also coped with due to the drought that has hard hit the producing regions of the Center-South and Midwest since April this year. Here, too, we have a scenario in which higher internal and external prices cannot offset the decline in terms of volume, even though the annual comparison is positive and that the press releases from the Ministry of Agriculture only highlight this comparison point of view.