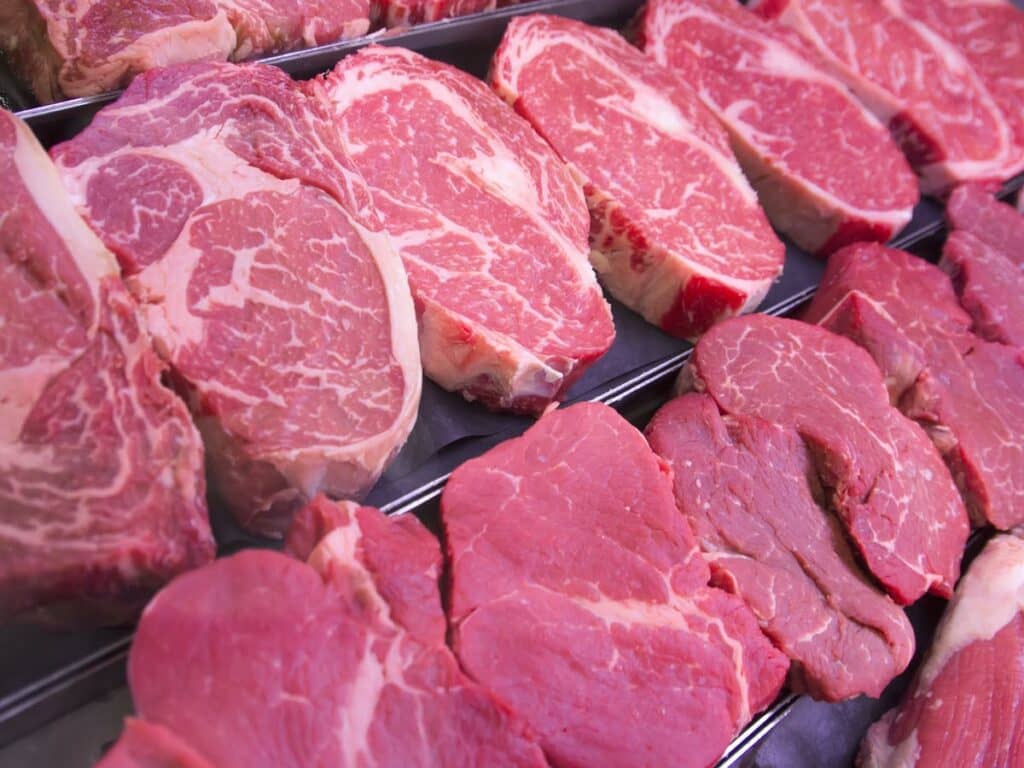 Porto Alegre, March 23, 2022 – The first two months of 2022 were marked by the excellent performance of Brazilian beef and chicken exports. Pork still faces a more complicated environment at a slower pace of exports, which is undoubtedly one of the factors contributing to the resurgence of the current crisis experienced by the sector. The scenario outlined for swine farming is quite complex, with the evident need for production adjustments. In any case, as it is an activity with a longer cycle, the effects of certain strategies will not be immediately observed.

For a better understanding of the current swine crisis, it is necessary to carefully observe the Chinese scenario. In the midst of the outbreak of African swine fever, the Chinese government began to act in favor of the recovery of its swine herd. Three pillars were built so that there would be a rapid change in the management model of Chinese swine farming, assuming a more vertical pattern, similar to the one adopted in top world meat producers, with a more integrated chain in all production stages.

The first pillar was the investment in genetics, with the importation of European matrices. The second pillar was the refinement of management techniques, increasingly aligned with the practices adopted in large professional production centers with more respect for animal health standards. Finally, it is necessary to mention the improvement in animal nutrition, moving away from the almost feudal standards that dominated the production of pork in China.

The investment made was billionaire, the average productivity of Chinese pig farming grew rapidly, even above government expectations. The consequence is that local prices started to plummet, which required a change in the government’s plans.

Some strategies were adopted to mitigate the effects of excess supply, the first of which was to reduce the flow of imports. With a more robust domestic production, there would be no need to maintain such a strong flow of purchases in the international market. So, there was a drop in exports from the European Union, the United States, and later, Brazil. In addition, there was an aggressive renegotiation of importation contracts, since it makes no sense to maintain high prices for a product that has surpluses in its local market.

The Chinese government also maintained its proactivity in managing public pork stocks. With prices melting down, the government acted on several occasions in the purchase of animal protein in the market to replenish stocks. In 2022 the adoption of this type of measure occurred in at least three opportunities, including in the current month. It seems that new purchases should be made in the coming few weeks.

Finally, the Chinese government has offered credit lines with different interest rates to keep local pig farmers in business. There is no mistake in saying that Chinese pig farming is going through a serious crisis, since the cost structure in China is also inflated, leading margins to a very negative position. In other words, the strategies adopted by China at the moment have the simple objective of preserving all the investment made in its local swine farming. In such an environment, it is unlikely that there will be room for advances in pork exports.

This movement of decline in imports of animal protein that has been adopted by China so far has not had a major impact on Brazilian beef shipments. This is due to the privileged position that Brazil occupies in this market at the moment. Basically, there is no other player in the meat sector with the capacity to meet the global demand for beef like Brazil in 2022. The United States and Australia have been facing problems in their respective herds, which has kept their prices at a very high level. Moreover, Uruguay and Argentina do not have the same Brazilian production capacity.

In this context, Brazilian beef becomes the best option for Chinese importers, who maintain an average price well above the rest of the market. This is a great differential that justifies the maintenance of the arroba of fattened cattle in Brazil at such an accentuated level. Under normal market conditions, the trend is for the resilience of fattened cattle prices over the year, maintaining an interesting price curve. This is another year in which Brazil will continue to be the export leader in this segment.

In the first two months of 2022, the balance of Brazilian exports of animal protein is very positive. There was even growth in terms of export volume, with shipments of 142.6 thousand tons, up 1% from the same period last year. In terms of revenue, there was a drop of 7.5%, which is quite understandable amid the decline in international pork prices.

The increase in export revenues makes clear there is a disparity in the formation of revenues between exporting companies and those that operate only in the domestic market. This dichotomy will be a constant in 2022. For reasons of market efficiency, the fattened cattle market may have a process of market concentration in the medium and long term.

Chicken exports also showed good performance during the first two months. In terms of volume, around 699.7 thousand tons of chicken were shipped, up 12.4% from the same period last year. As for revenue, the growth is also very healthy, with the collection of 1.2 billion dollars during the first two months, 33.5% higher. This year Brazil tends to export more than 4.5 million tons of chicken.

Owing to its excellent ability to generate revenue via exports, besides maintaining consumption patterns in the domestic market, it is very evident that chicken has the necessary conditions to recover from the current crisis caused by the cost structure, which is quite inflated in 2022. The swine industry, in turn, will go through a year of great difficulties. Also for reasons of market efficiency, only companies with greater financial strength must keep operating, which is especially worrying for independent farmers.

Beef prices tend to remain at a very high level throughout the year, that is, it will be a relevant point of support for competing proteins throughout the year. Emphasizing that the Brazilian population, in another year of slow economic growth, besides the latent loss of purchasing power, is unlikely to be able to absorb new retail beef readjustments, simply migrating to more affordable proteins, such as chicken and eggs.